Hi friends, happy Friday! We’re holding onto hope that Spring has finally arrived so we can enjoy some time outside (mostly cuddling) with goats this weekend. I’m definitely a bit skeptical though seeing as we woke up to SNOW yesterday. I guess that’s Chicago for ya…

When hubby and I decided to create a backyard farm, we had no idea where to start. We researched how other families established their own backyard farms and then started brainstorming our own ideas. Unfortunately, we quickly learned that our backyard farming plans were a total fail. Wait, what? Let me explain.

Why is it that planning never goes the way you think it will go? Hubby and I put a lot of time and effort into making sure that we created the “perfect” backyard farm. We hoped that if we read enough blogs and articles, then maybe we could learn from other farmers’ mistakes.

Well, we were wrong. But that’s okay, it’s all a learning process anyway, right?

Last year was our first year with beehives. I guess you could say that it was our introduction into one small part of backyard farming. To be totally honest, the idea of having a few beehives on our property kinda freaked me out. I wasn’t overly excited about having beehives, but Ben seemed pretty excited, so I decided to go along with the idea.

But then I saw the honey, and I was sold on the idea of bees. Seriously, give me all of the beehives if it means that we can have a never ending supply of fresh honey. 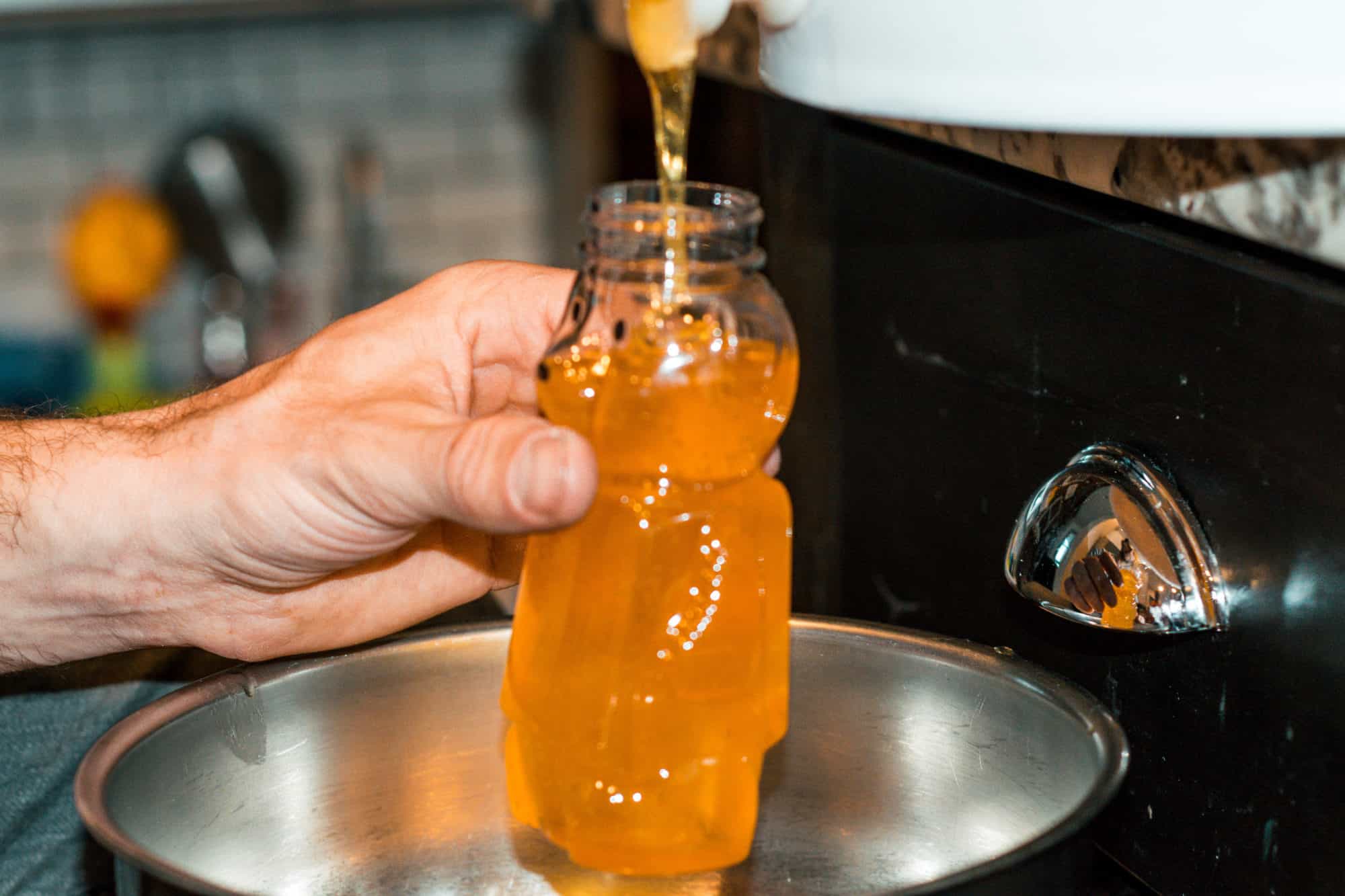 Anyway, back to how we failed at bees. Unfortunately, some of our beehives didn’t make it through the Chicago winter. Dead bees seems like the ultimate fail to me, but we’ve heard that it’s pretty common for some hives to die off. Looking back, some of our hives weren’t as strong and established as they needed to be to survive the winter, so fingers crossed we have a better second year. 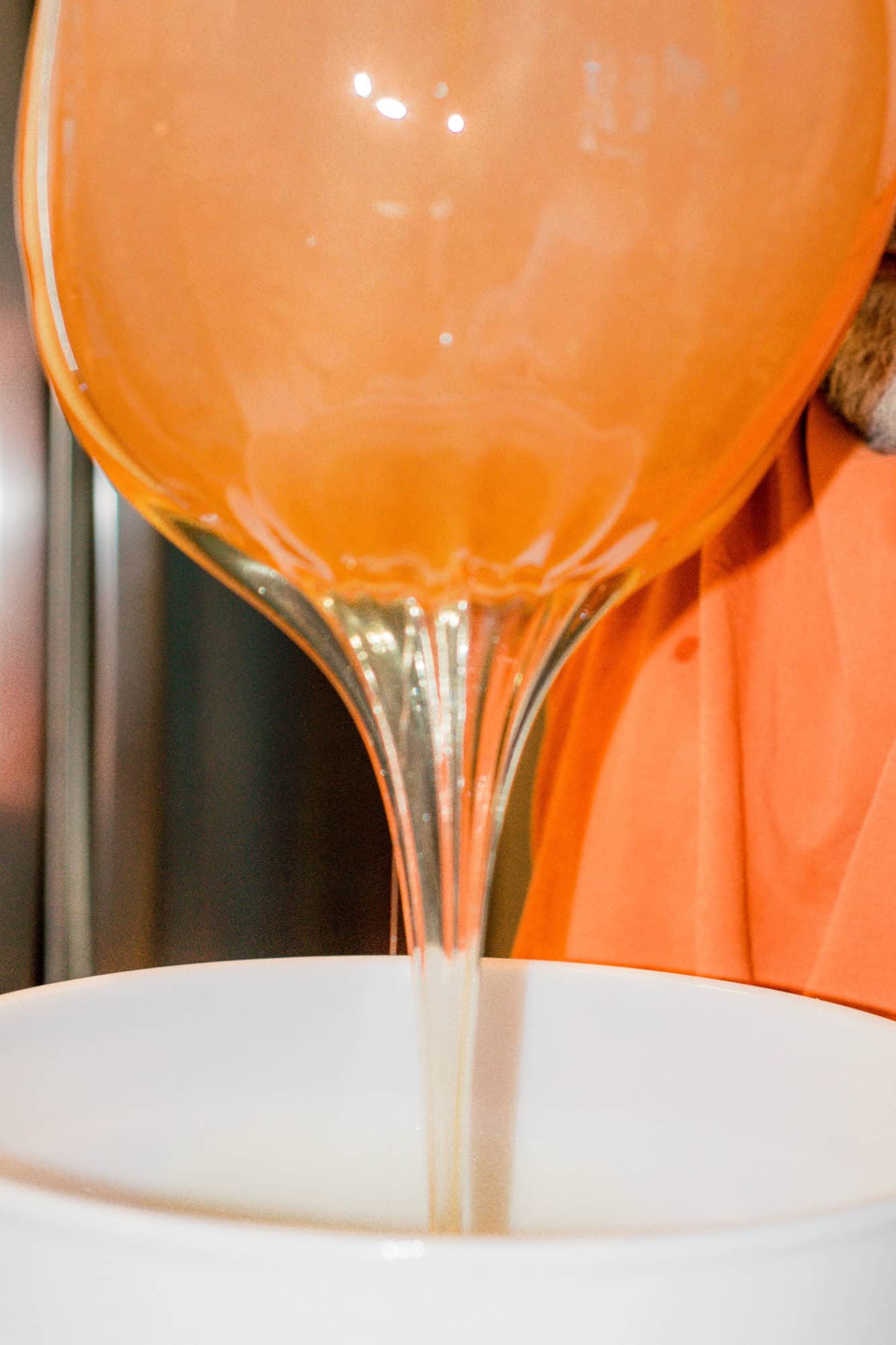 When we scheduled our  goat pick up for the first week of April, we assumed that Chicago weather would at least be decent by then. Look, I wasn’t expecting it to be 60 degrees or anything, but I was hopeful that we would have some sunshine and warm-ish weather. Well, once again, our backyard farming plans didn’t go as planned. Chicago weather has been pretty awful. It’s been cold, wet, windy, and snowy, which is basically the worst combination for baby goats. The breeder recommended for us to restrict their access outside until the weather cleared up, which has been pretty brutal. We’ve been taking advantage of the sunny days, and I’m trying to stay optimistic that Spring is actually here.

Because sunny goat naps are the best. 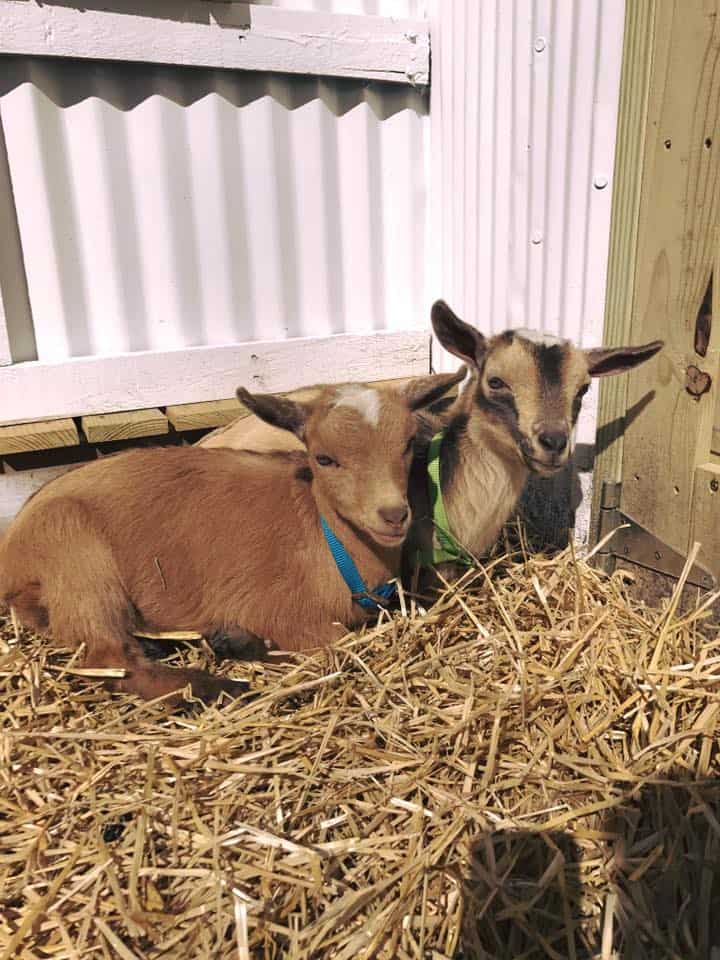 We also quickly learned that the fancy hay feeder Ben built was a complete fail too. He built a catch at the bottom to reduce wasted hay, but Penny and Lucy immediately decided that it was the perfect size for them to stand, cuddle with each other, and poop in. 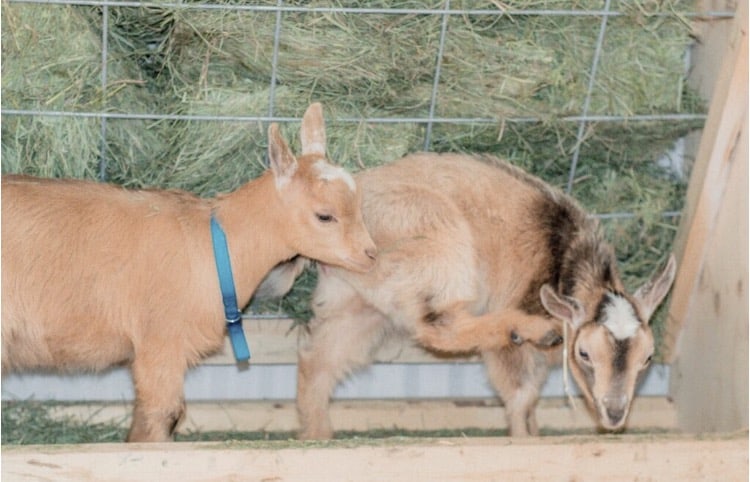 We obviously need to modify the hay feeder ASAP. 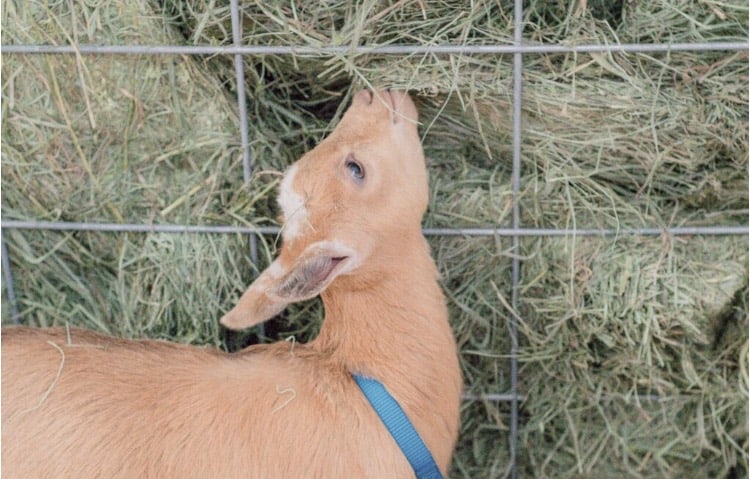 Having the brooder box in the playroom has shockingly worked out pretty well, except for a few small technical errors. Hubby originally closed off half of the brooder box when the baby chicks arrived so we wouldn’t have as much to clean, but WOAH. Baby chicks grow really fast, so we quickly needed to take the divider out. Ben also had to add a layer of plexiglass on the bottom part of the brooder box because the chicks kept kicking the shavings out of the box, so I needed to vacuum a million times a day. Not a huge fail, but still worth mentioning. 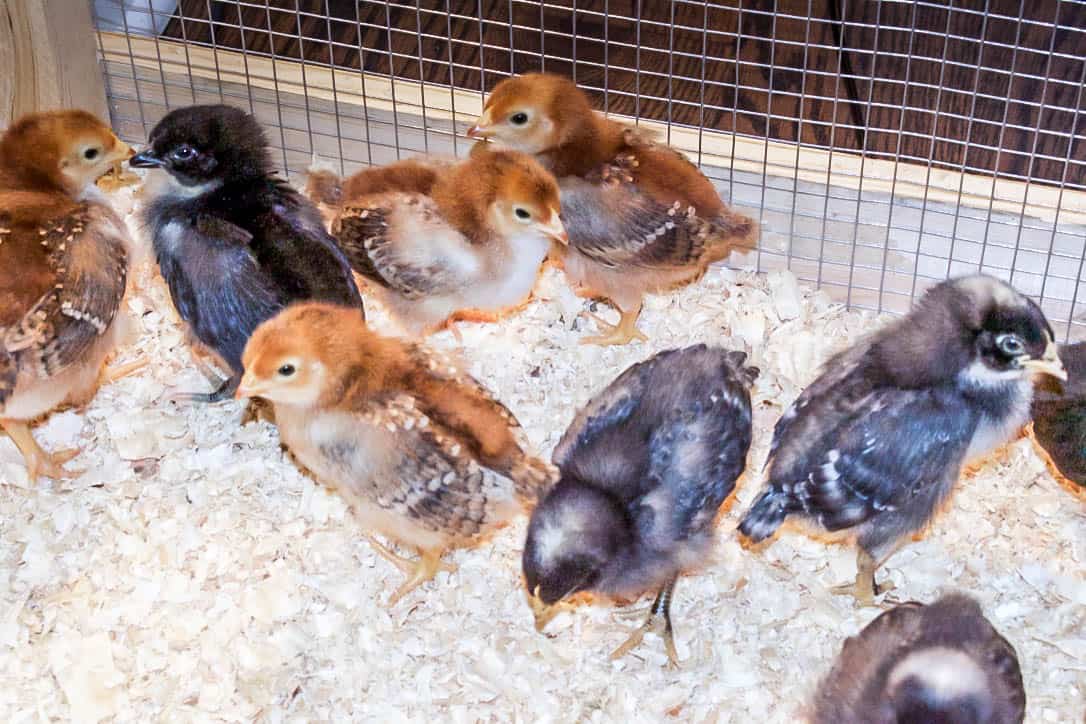 So friends, what are your thoughts on our fails with backyard farming plans so far? Any fun weekend plans? 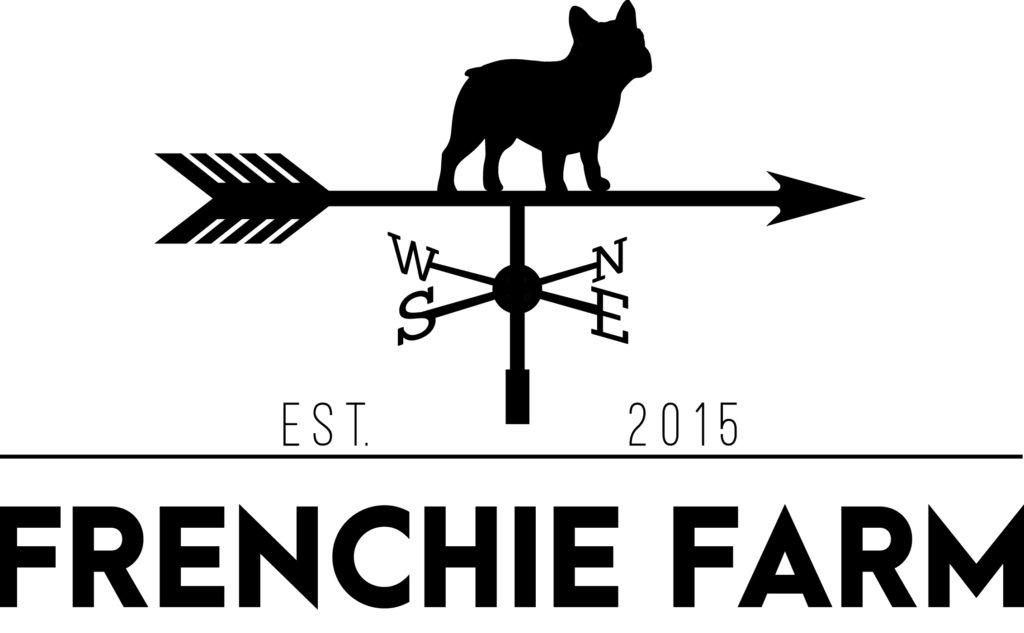